You need to flash the audio firmware. see here: theartofsound.net/forum/showthread.php?5329-Audio-adventures-in-SCSI-DAT

This description was previously posted at the forum "rpc1.org/viewtopic.php_f=6&t=41599" but the website was switched off some time ago. Sadly the posts are no longer available, not in their http://www.zianet.com/jgray/dat/vbsource.html archive nor on archive.org ((:

This article is published because in my hardware setup, the DAT2WAV software (which is no longer maintained) produces an erroneous wav (sounds like machine gun) even with dat2wav/errorcorrect. This bug occurs when reading DAT tapes recorded with standard play (SP = 48khz) mode (recorded from from ADR satellite or microphone). The first part of a wav file might be ok for a couple of minutes. For each ripped tape this durartion is different. but sooner or later, there are weird repetitive spikes (inserted junk parts) in the wav which renders the original sound unaudible.

In long play (LP) mode this error doesn't occur. if the error also occurs with 44khz recordings (recorded from CD), I forgot.

The SP ripping error was also reported by several users of DAT2WAV on above rpc1.org forum. I have written a (freeware, open source) program dat2wavpatch that corrects the wav. It requires manual inspection of each wav file using e.g. audacity to determin a program parameter which actually is the start position (time from beginning) of the first junk sample. Further details are in the program's documentation.

Screen shot of a 6 seconds cut-out from a wav file produced with dat2wav, which shows how the error (junk data) looks like: 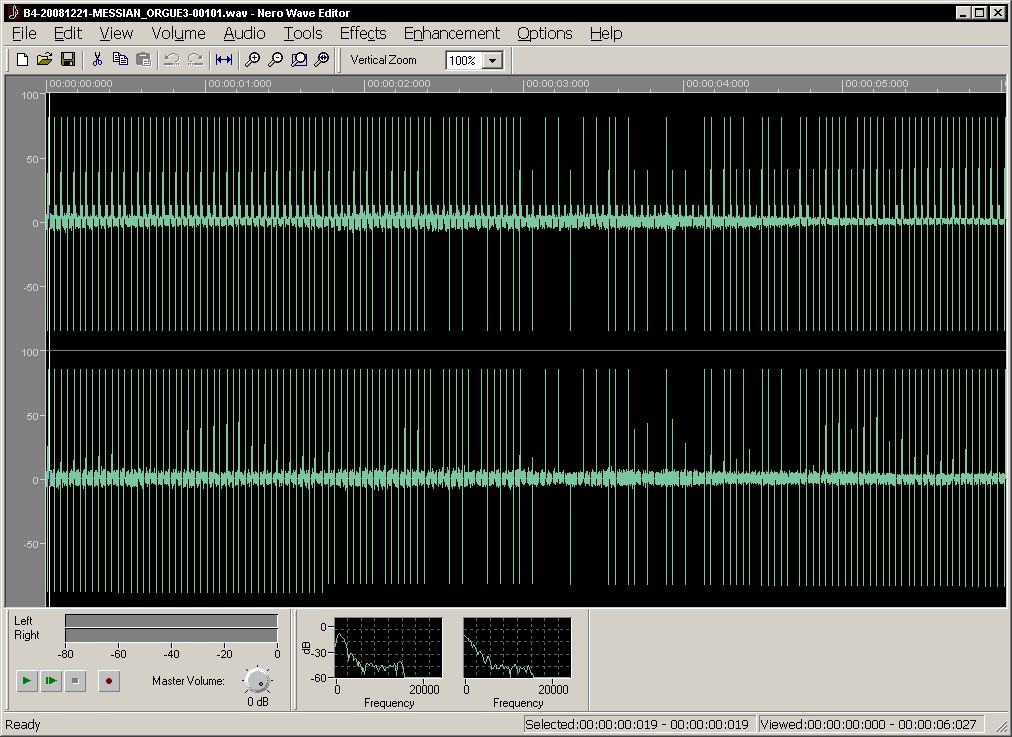 screen shot for the dat2wavpatched file: 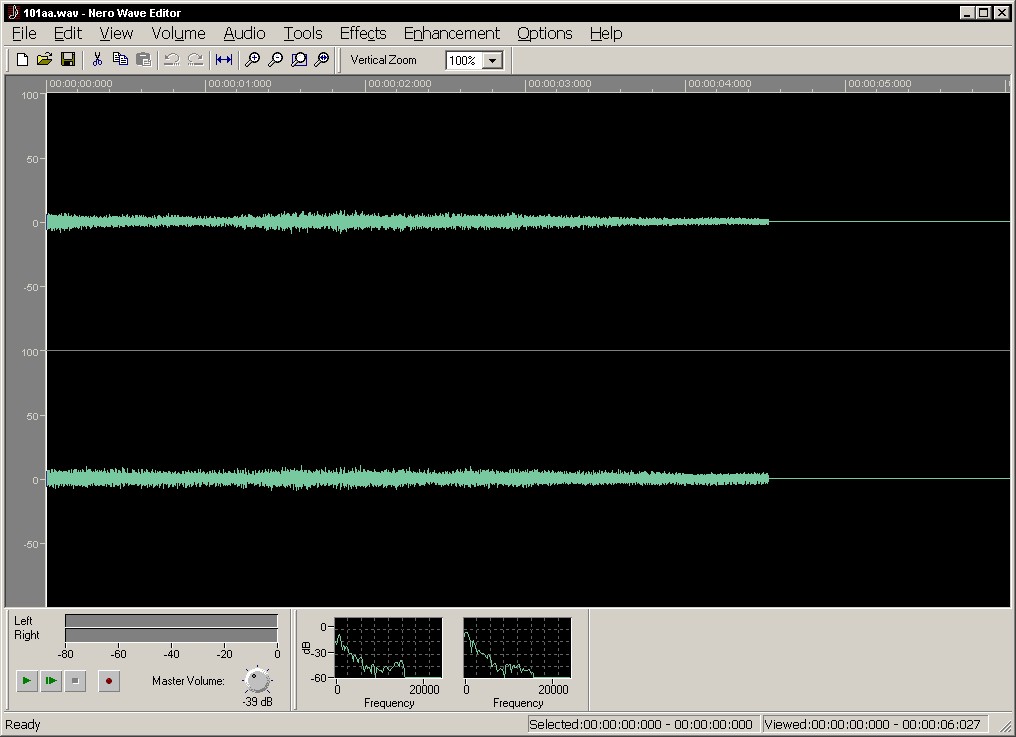 zoomed in first junk sample set plus one cyclic: 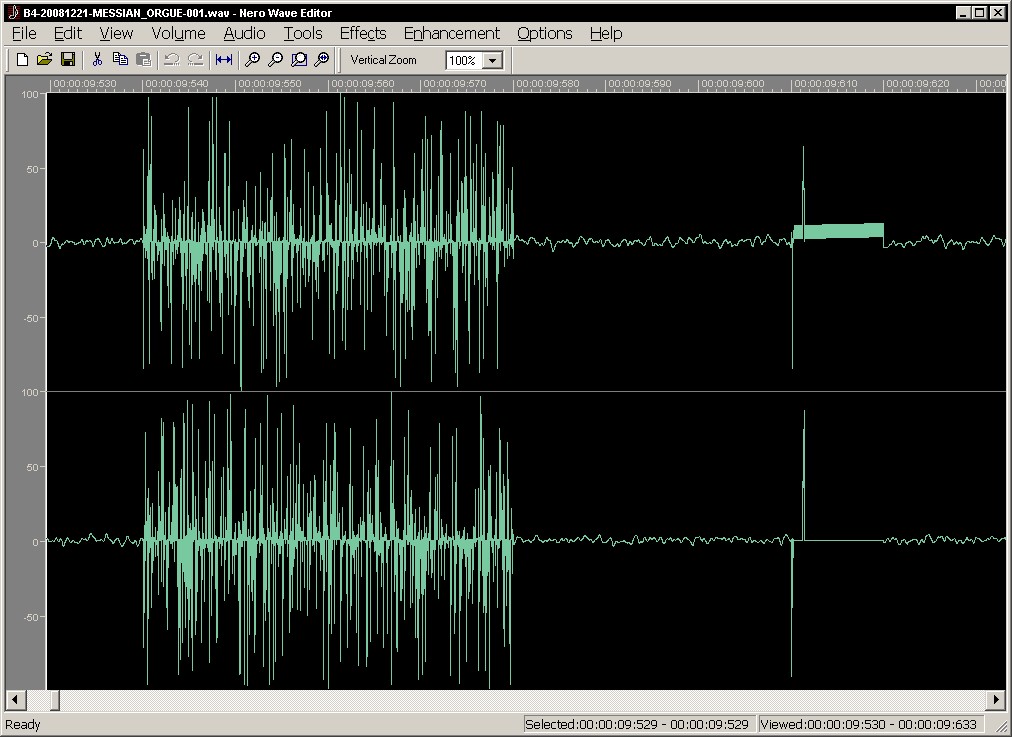 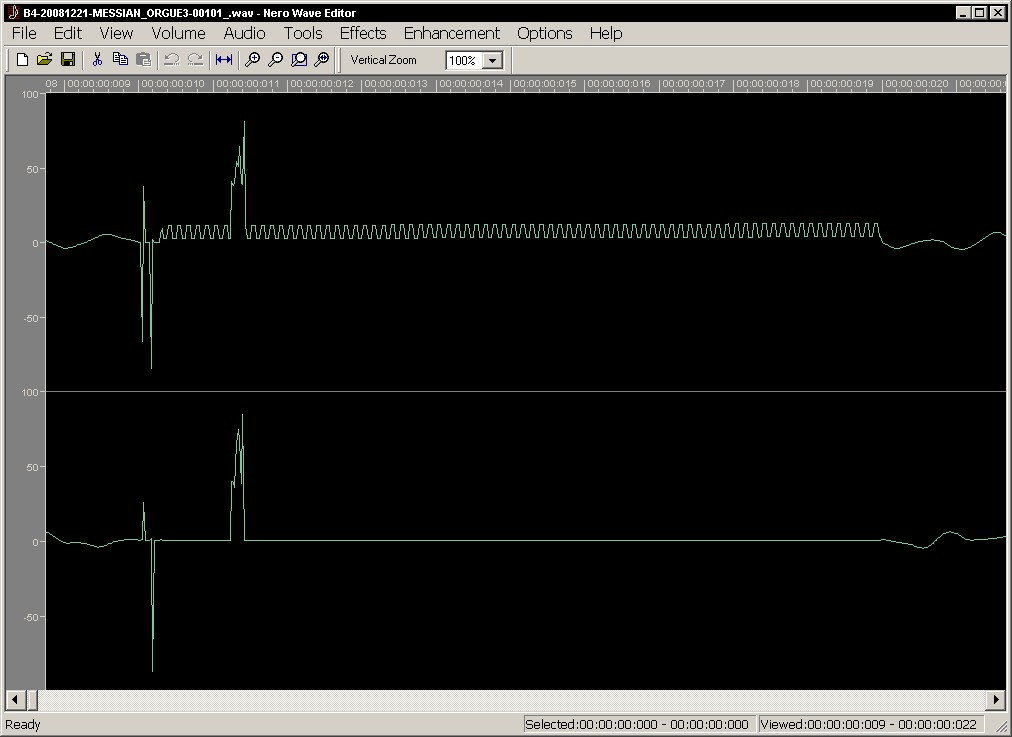 when not zoomed into a wav file with read errors in form of cyclic glitches, such a file looks like in the following picture, where the glitches start at about 5 minutes and go till the end at about 70 minutes: 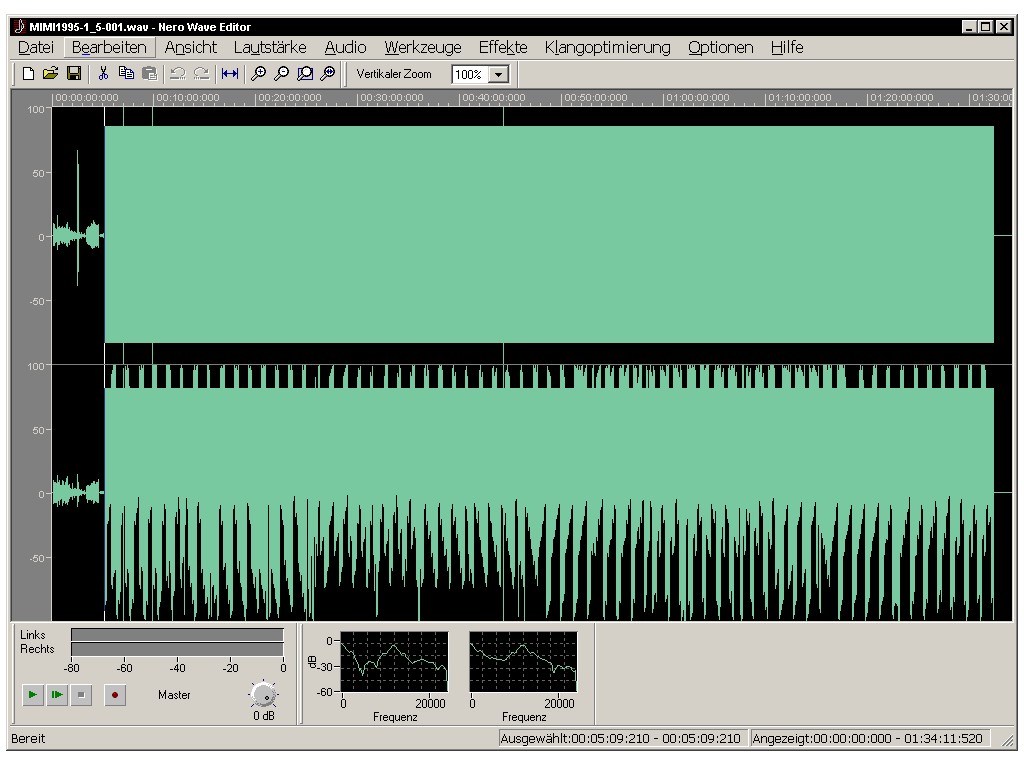 after processed with the dat2wavpatch correction program, this wav file looks like this: 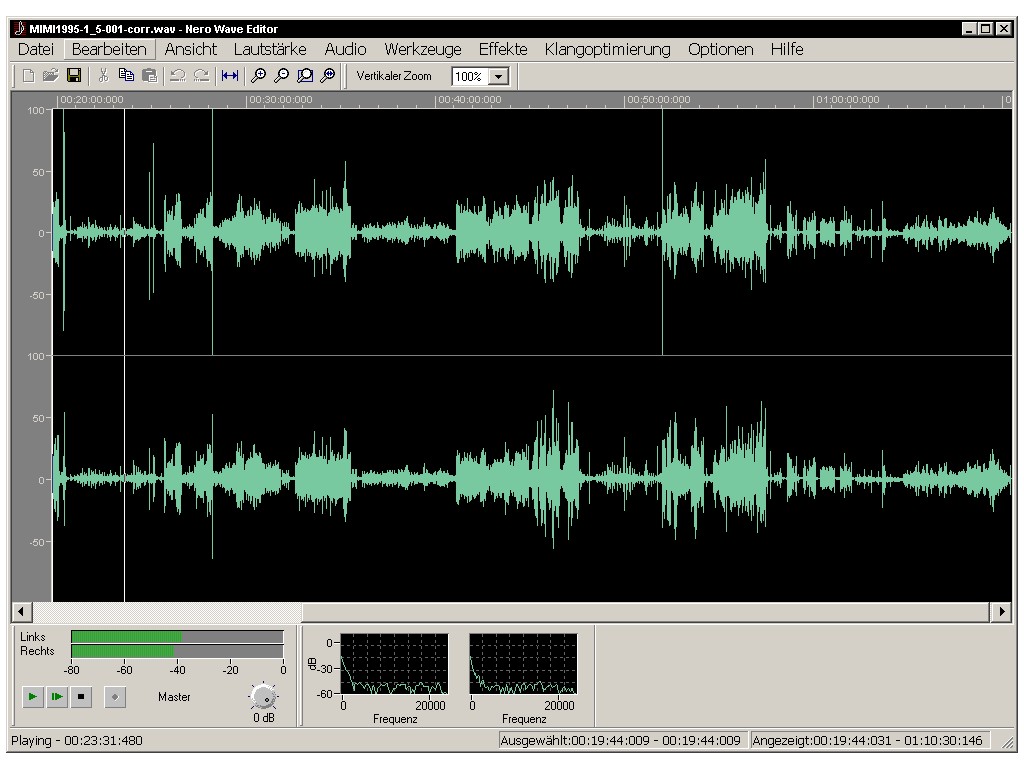 What remains are usually very few single sample spikes which seem to be uncorrectable tape reading errors. (In our case there are three on the left channel.) They can easily be erased manually with an audio file editor.